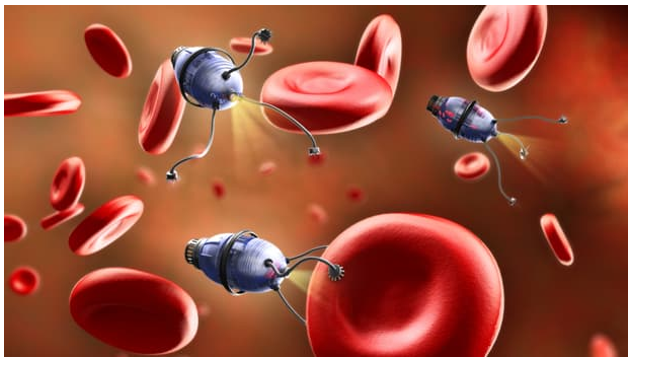 Nanorobots hold great potential in the field of medicine. This is largely due to the possibility of highly-targeted delivery of medical payloads, an outcome that could lessen side effects and negate the need for invasive procedures. But how these microscopic particles can best navigate the body’s fluids is a huge area of focus for scientists. Researchers are now reporting a new technique whereby nanorobots are made to swim swiftly through the fluids like blood to reach their destination.

Though still an emerging field of science, nanoparticles are gaining something of a reputation as potential multitools for combating things like infections, cancer,type 1 diabetes and even prising open the blood-brain barrier. But they generally can’t be simply inserted into the body and left to their own devices, which is why we’re seeing the development of techniques aimed at getting them to where they need to go.

These have included coating magnetic nanoparticles in proteins and guiding them magnetically to an injury site, scallop-inspired microbot swimmers, and integrating micro-motors powered by gas bubbles arising from reactions inside the stomach. This latter method brought about the first nanobot-delivered medical payload in a living creature back in January, but it is the magnet-inspired approach that more closely resembles the latest advance in the area.

Scientists from ETH Zurich and the Technion-Israel Institute of Technology report that they have designed new nanorobots capable of wading through bodily fluids with relative ease. The devices were made by stringing together a piece of polymer together with two magnetic, metal nanowires. This formed a three-piece chain about as long as the width of a silk fiber, which they then put to the test in a fluid that was thicker than blood.

The team then applied an oscillating magnetic field which caused the nanorobot to move in an S-shaped motion just like the tail of a tadpole. This saw it swim along at a speed of almost one body length per second. The researchers say that the magnetic field can also be used to dictate the direction the nanorobot swims in, meaning it can be aimed toward its target. 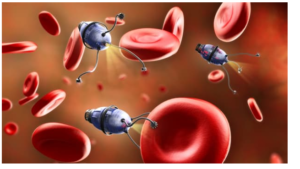