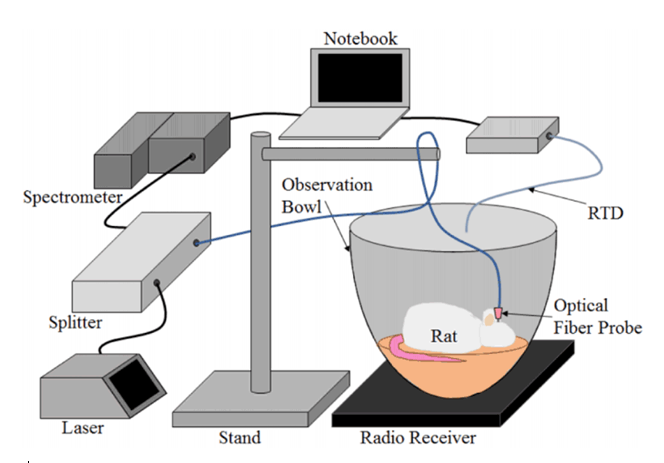 Scientists at the University of Adelaide and ARC Centre of Excellence for Nanoscale BioPhotonics have developed a tiny probe for measuring the temperature inside the brain. As anyone with an extremely high fever will attest to, the brain doesn’t respond well to high heat. Various diseases, drugs, and concussions can create swelling, inflammation, and other temperature changes, and studying how treatment affects these can be helped with an accurate brain thermometer.

The researchers used their probe to measure the temperature within small regions of a moving rat’s brain because of its size of less than 125 micrometers. The next iterations will be even smaller, allowing for more precise temperature mapping.

The researchers are testing the probes to study how MDMA, the feel-good club drug, affects the brain’s localized temperature.  “We will also look at the possible therapeutic properties of the tetracycline antibiotic minocycline and its ability to attenuate the changes in temperature caused by the administration of MDMA,” said Stefan Musolino, professor at both U of Adelaide and ARC Centre. “In the future we will also be looking into combining this probe with other optical sensors in the hopes of developing new optical fiber-based sensing techniques for use in medical science labs that are examining real-word medical problems.” 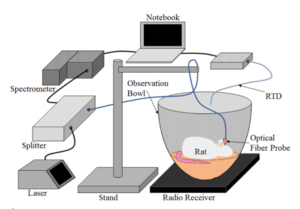