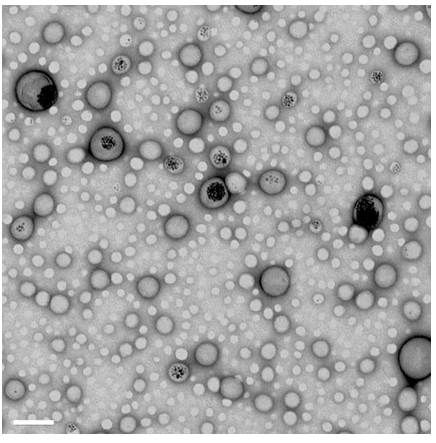 Dr. Thomas J. Webster – the Art Zafiropoulo chair and professor of the Department of Chemical Engineering at Northeastern University in Boston, MA, and president of the US Society for Biomaterials – and colleagues have created synthetic immune cells, referred to as polymersomes.

These polymersomes can mimic the behavior of natural immune cells, according to the team, opening the door to a way to boost infection-fighting capability among individuals with compromised immune systems.

“They can significantly aid someone who has a failing immune system, or for someone who needs a little bit of help fighting a large number of bacteria or even viruses,” Dr. Webster toldMedical News Today.

“They are sort of like an extra boost of energy for our existing immune system, which most of us will need at least once in our lifetimes to fight a disease.”

To create the initial prototype of these polymersomes, the team used a polymer that imitates natural cell membranes. When added to water-based solutions, the polymer self-assembles inside the cell.

Next, the researchers embedded silver nanoparticles inside the polymersomes, alongside ampicillin – an antibiotic used to treat infections caused by bacteria, including pneumonia, bronchitis and urinary tract infections (UTIs).

In a study published in the journal Nanoscale in January last year, the team tested the polymersomes against a type of ampicillin-resistant Escherichia coli.

Dr. Webster explained to MNT that the polymersomes attract and bond to the bacteria before releasing the silver nanoparticles inside them, delivering the drug at the same time.

The researchers hope to begin animal studies within the next 6 months, in which they will assess how effective the polymersomes are for identifying and fighting infection in rats. Additionally, they plan to enhance the polymersomes so they mimic natural immune cells more closely.

It is clear much more work is needed before these synthetic immune cells can be tested in humans, but the team has high hopes that they have the potential to combat a variety of bacterial infections, including those that are resistant to existing antibiotics. 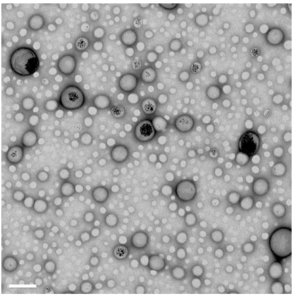