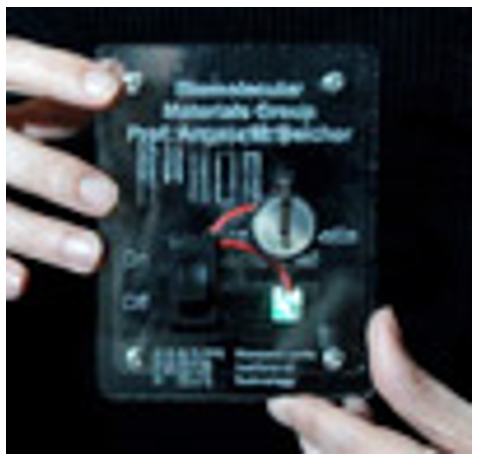 When we watch science fiction, deep in our heart many of us believe that’s how it will remain, a fiction. But few refuse to believe that and turn science fiction into reality. Angela Belcher and her team of bioengineers at the Massachusetts Institute of Technology (MIT)belong to the second category. They have turned virus-built battery into a reality. Their efforts have not yielded instant result. They have been working on this theory for the past five years. They were concentrating their efforts on a virus known as M13 bacteriophage that are harmless to humans.

The main advantage of this M13 bacteriophage is that it is attracted to inorganic materials. Each virus can be coated with gold and cobalt oxide and that transforms it into a scrap of nanowire. When we combine these viruses in chain-like fashion, they form a film that can act as anode or the part of a battery that carries a negative ionic charge. This feat was achieved almost three years ago. The battle was half won. We all know that negative and positive ions are needed to form a functional battery. How does battery work? The first requirement is to charge a battery. Charging a battery requires flow of ions from the negatively-charged anode to the positively-charged cathode. Another important aspect is to discharge a battery. For that we need the flow in the opposite direction to “discharge” that electricity through laptops, mobile phones, and other such devices.

MIT team’s next effort was directed towards developing a cathode. They have used viruses that would be attracted to iron phosphate and carbon nanotubes (cylindrical carbon molecules frequently used in nanotechnology). This way they have created a highly conductive substance whose weight is negligible. After creating anode and cathode successfully, they have generated a micro-battery capable of around 100 charges. The prototype took this model and inflated it to the size of a button cell battery which powers a simple LED.

The MIT team has an issue with the weight of the battery but they don’t have nay problem as far as shape of the battery is concerned. Like water they can acquire the shape of any container they are fitted in. The new virus-produced batteries are no different from traditional batteries as far as the energy capacity and power performance is concerned. These rechargeable batteries are being considered to power hybrid cars. According to Angela Belcher these virus-built batteries could also be used to power a range of personal electronic devices.

The most advantageous aspect of virus-built batteries is they could be produced in an environmentally friendly manner and they would prove economical for the manufacturers too. The manufacturing process could be carried out at or below room temperature without the involvement of the harmful organic solvents. Battery materials are non toxic.

MIT President Susan Hockfield displayed the prototype battery to a press briefing at the White House. She was joined by U.S. President Barack Obama. Both spoke about the requirement for federal funding to further the research and development of new clean-energy technologies.

Now Belcher is already thinking of better ideas regarding virus batteries. They want to develop batteries having higher voltage and capacitance by using different materials such as manganese phosphate and nickel phosphate. She is hopeful that once the next generation is ready this technology can be utilized commercially. 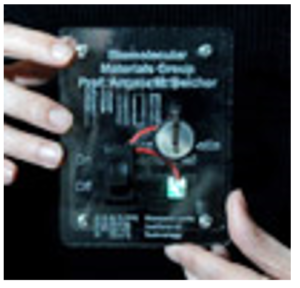