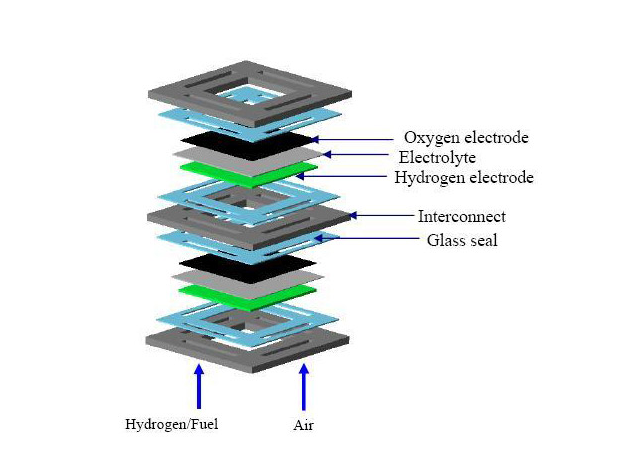 Scientists are tirelessly working on sources of alternative energy so that we can have a better substitute for fossil fuels in near future. We know that sunlight, wind and geothermal sources of energy are better for everyone. But they also need efficient fuel cells for better utilization of power. Solid oxide fuel cells (SOFCs) seem promising enough for both stationary and mobile applications. Stationary use can cover residential applications to power plants. Mobile applications contain energy for ships at sea and in space, as well as for automobiles. Another advantage of the SOFCs is when they are working in reverse manner as solid oxide electrolyzer cells they create pure hydrogen by splitting water.

But if a product has to attain commercial success it has to ensure its viability on major fronts. SOFCs have their drawbacks too. You can’t be sure about the integrity of the seals within and between power-producing units. Peizhen (Kathy) Lu who is the assistant professor of materials science and engineering at Virginia Tech. points out the fact too, “The seal problem is the biggest problem for commercialization of solid oxide fuel cells.”

For understanding the importance of seals let’s take into account the working of the SOFCs. They are mainly made of ceramic materials. One of the biggest advantages of the ceramic materials is that they can withstand and can operate at temperatures as high as 1,800 degrees F (1,000 C), This high temperature helps SOFCs to separate oxygen ions from air. The ions pass through a crystal lattice and oxidize a fuel, usually a hydrocarbon. The chemical reaction generates electrons, which flow through an external circuit, creating electricity.

How these SOFC modules are arranged to produce enough power for use? SOFC modules are piled together. Each module has air on one side and a fuel on the other side and generates electrons. We need many such modules stacked together in the similar fashion to produce sufficient power for specific applications. Now we have to seal the compartment of each module and there must be seals between the modules in a stack. Why is it so important? Because we have to prevent the mixing of air and fuel. They should be stopped from leaking too. We know that leaking or mixing of air and fuel will lead to undesirable result such as loss of efficiency or internal combustion.

How can we stop leaking and mixing of air and fuel? Lu has found a way to do that. She has invented a new glass that can act as seal. That seal glass was quite effective in sealing the modules and the stack. The self-healing seal glass will provide strength and long-term stability to the stack, she said.

Lu is an expert in material design and material synthesis and processing. She shares her thoughts, “Our interest is to work on the critical material problems to enable power generation and hydrogen production in large quantity and low cost.”

Mike Miller who is the senior licensing manager with Virginia Tech Intellectual Properties gives his approval for sealing material. He states, “The invented glass seal materials are free of barium oxide, calcium oxide, magnesia, and alkali oxides, and in addition contain almost imperceptibly low amounts of boron oxide. This is important because the seals must be both mechanically and chemically compatible with the different oxide and metallic cell components as they are repeatedly cycled between room and operating temperatures.” 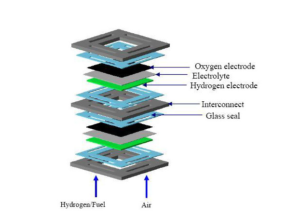