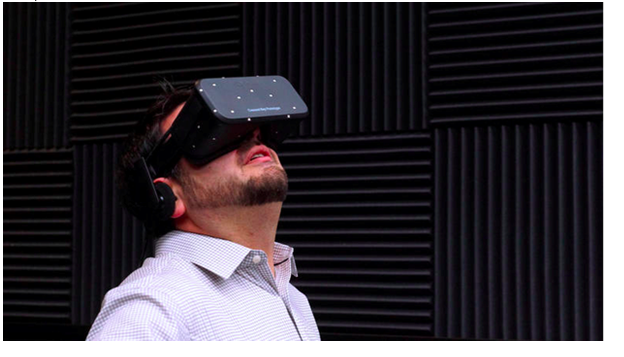 When people experience virtual reality for the first time, a common reaction is to start imagining all the different uses the technology might hold. Even within one industry, healthcare, the potential is open-ended. The good thing is that scientists and medical professionals have been at the drawing board for years now, developing and implementing virtual reality in ways that can help them train, diagnose, and treat in myriad situations.

Here are just ten of the use cases that are currently in practice and continually developing as the technology itself develops too.

One treatment for patients with phobias is exposure therapy. In one instance, psychiatrists at the University of Louisville are using VR to help patients deal with fears of things like flying and claustrophobia.

The VR experiences provide for a controlled environment in which patients can face their fears and even practice coping strategies, as well as breaking patterns of avoidance — all while in a setting that’s private, safe, and easily stopped or repeated, depending on the circumstances.

Similar to exposure therapy for phobias and anxieties, virtual reality is being put to use to help soldiers with post traumatic stress disorder (PTSD). A paperfrom the University of Southern California Institute for Creative Technologies cited virtual reality’s use in PTSD treatment as far back as 1997 when when Georgia Tech released something called Virtual Vietnam VR.

More recently, clinics and hospitals are using virtual reality simulations of warfare akin to Iraq and Afghanistan to help veterans who are, in many ways, continually reliving the traumatic events they experienced. In a safe and controlled environment, they can learn how to deal with instances that might otherwise be triggers to behavior that could be destructive to themselves and others.

For burn victims, pain is an ongoing issue. Doctors are hoping distraction therapy via virtual reality could help them get a handle on that pain. A VR video game from the University of Washington called SnowWorld, which involves throwing snowballs at penguins and listening to Paul Simon, could alleviate pain during tasks that can be excruciating, like wound care or physical therapy, by overwhelming the senses and pain pathways in the brain. A 2011 study the military conducted showed that for soldiers with burn injuries from IED blasts, etc. SnowWorld worked better than morphine.

Training for surgeons usually involves cadavers and a gradual process of assisting more experienced doctors before taking over tasks and bigger portions of the surgery. Virtual reality could provide another means of practice, without any risk to real patients.

Stanford University, for one, has a surgery simulator that even includes haptic feedback for those doing the training. Stanford’s endoscopic sinus surgery simulation uses CT scans from patients to create 3D models for practice, and it’s been in use since 2002. While this technology doesn’t use a head mounted display, the groundwork that’s been done could further the effectiveness of future virtual simulations.

For people who lose a limb, a common medical issue is phantom limb pain. For example, someone without an arm might feel as though he is clenching his fist very tightly, unable to relax. Frequently, the pain is more sharp than that, even excruciating. Past treatments have included mirror therapy, where the patient would look at a mirror image from the limb they still have, perhaps, and find relief as the brain syncs with the movements of the real and phantom limbs.

In a similar vein, medical journal Frontiers in Neuroscience published a study last year on the role virtual reality games may play in helping alleviate phantom limb pain. It works like this: sensors pick up on the nerve inputs from the brain. In the game, patients use a virtual limb and must complete tasks. It helps them gain some control and learn, for example, how to relax that painfully clenched fist.

CyberPsychology & and Behavior published a roundup for virtual reality experiences in use for not only assessing impairments, but also in retreating them. One example has to do with executive function, or “impairments in the sequencing and organization of behavior and includes problems with planning,” the paper said. Scientists created a virtual reality experience in which users had to reach the exit of a building using doors of different colors. It was supposed to be similar to the Wisconsin Card Sorting Task, a neuropsychological test where participants match cards. They’re not told how, only if the match is right or wrong. “The authors concluded that their test measures the same cognitive functions as the WCST and may prove to be more ecologically valid,” CyberPsychology & Behavior wrote.

Professors at the University of Texas, Dallas created a training program to help kids with autism work on social skills. It uses brain imaging and brain wave monitoring, and essentially puts kids in situations like job interviews or blind dates using avatars. They work on reading social cues and expressing socially acceptable behavior. The study found that after completing the program, participants’ brain scans showed increased activity in areas of the brain tied to social understanding.

One treatment for general anxiety can be meditation. A new app for Oculus Rift called DEEP aims to help users learn how to take deep, meditative breathes by making breathing the only control for the game. The app works with a band worn around the chest that measures breathing. The VR experience is something like being in an underwater world. Breathing is what gets a user from one place to another. The other benefit to the game is that breathing as a controller allows participation from those who might not be otherwise able to use a joystick or controller.

Opportunities for the disabled

It’s not a new concept — the New York Times ran a story in 1994 describing multiple uses, like a VR experience that let a 5-year-old boy with cerebral palsy take his wheelchair through a grassy field, or another that let 50 children with cancer spend some time “swimming” around an animated fish tank.

In a more recent example, headset maker Fove, undertook a crowdfunding campaign to create an app called Eye Play the Piano which would allow kids with physical disabilities to play the piano using the headset’s eye tracking technology.

Opportunities for the homebound

There’s a certain amount of fretting which surrounds virtual reality that has to do with what will happen when people can go anywhere and do anything through a VR headset — maybe they won’t go anywhere in real life in favor of retreating into an ideal virtual world. The thing is, for those who don’t have the ability to get out in the real world, whether they be disabled or elderly, virtual reality could improve their quality of life when they’d otherwise be confined to a single residence, room, or even a bed.

Last year, Stanford University engineering students created an immersive virtual reality experience for seniors that let them experience the outside — like a bike ride or a walk on the beach. SUSIE, or Senior-User Soothing Immersive Experience, incorporates sound, light, wind, and even temperature changes, and used a large wall-mounted display meant to fill the normal field of vision. 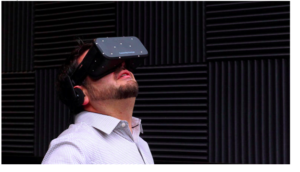