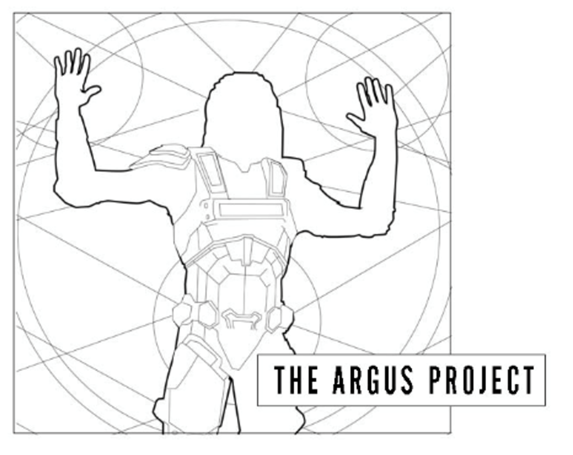 Virtual reality is creating new opportunities across the media landscape, not only for film directors but also journalists, activists, and multimedia artists. Its creators are often all three—they’re ambitious storytellers who aren’t afraid to cross media borders and test the possibilities of the latest technologies.

For its Storyscapes competition and Virtual Arcade, the Tribeca Film Festival will return to the Tribeca Festival Hub, a multimedia destination where the public can experience the newest experiments in digital creation and the vast potential for immersive media experiences. Four of the projects included in this year’s innovative programming stand out for their commitment to activist media. They’re simultaneously educational and engaging pieces that shed light on significant issues that are often too easily ignored.

Following its world premiere at the Sundance Film Festival in January, 6×9: An Immersive Experience of Solitary Confinementcomes to Tribeca in a new form: an installation piece that incorporates its VR experience into a fully designed space. Its creators, Francesca Panetta and Lindsay Poulton, have frequently worked with The Guardian and have an extensive resume of videos and interactive media that address a span of global human rights and environmental issues.

A recipient of the TFI New Media Fund, 6×9: An Immersive Experience of Solitary Confinement looks at the highly marginalized issue of prison reform in the United States, focusing on how inmates are subjected to cruel forms of punishment, chief among them solitary confinement. While President Barack Obama has only recently banned solitary confinement for underage prisoners, there’s still much to be done in the area of prison reform. Poulton says, “When I realized that more than 80,000 people in the U.S. are currently in solitary confinement, experiencing severe sensory deprivation and psychological damage, I thought it was a story that had to be told and was worth investing a lot of my time and energy into.” Communities across the country have long been struggling to put an end to police violence, and the issue continues to grow in stature within the public domain, dominating news outlets, protest movements, and social media commentary. Contributing to that struggle is the The Argus Project, created by Gan Golan, Raquel de Anda, Julien Terrell, and Ligaiya Romero, four artists who’ve also led and participated in a variety of activist movements.

Like 6X9, The Argus Project comes backed by the TFI New Media Fund. The Tribeca Film Institute’s official page describes it as “a performance intervention, video installation, and wearable sculpture which directly intersects the current debate over police accountability and state surveillance, creating a space to bring together the many points of view required to have a real conversation on police violence, one that our country desperately needs.”

Also featured in Storyscapes is The Ark, which educates users about the dangers of animal extinction, centering on the rhinoceros and its plight for survival in the midst of threatening human intervention. Created by the filmmaking duo Jongsma + O’Neill, The Ark provides critical information regarding the animal and the fight to save it from extinction, and, more interactively, offers a moving and wondrous immersion into the lived experience of the rhino, powerfully reminding us why we should care. The creators told Tribeca, “We’re living in the anthropocene age—the era of man. We have become so technologically advanced that the earth has become our dominion, and we’re having a tremendous and frightening impact on it. We’re stripping out resources, building mega cities, and really just reshaping the whole planet to suit our needs and desires.”

On The Ark‘s successful Kickstarter page, Jongsma + O’Neill have provided heartbreaking updates that highlight the project’s importance. The fact that the last northern white rhino outside of Africa died in late 2015, for example, gives greater importance to the preservation of these animals in VR form for the sake of promoting their preservation in reality.

Tribeca’s Virtual Arcade will present My Mother’s Wing, a product of the fruitful partnership between filmmaker Gabo Arora (who’s also a senior advisor to the United Nations), VR pioneer Chris Milk, and his VR spherical filmmaking production studio VRSE.works. This virtual reality doc follows a mother as she mourns the murder of her two children during the 2014 Israeli military offensive in Gaza, in which over 2,000 Gazans lost their lives and over 10,000 were seriously wounded. The short film continues Arora and Milk’s immersive media collaborations that address contemporary global struggles ranging from the plight of refugees to the devastation of perpetual war zones.My Mother’s Wing offers an intimate and humanizing view of the horror of loss through one woman’s experience.

Two more Virtual Arcade projects, meanwhile, both of which are associated with Stanford University, emphasize the changes that humans have made to the environmental map; more specifically, the changing face of a rocky reef off the coast of Italy. The Crystal Reef, created by Cody Karutz and Lauren Knapp, follows marine scientist Dr. Fio Micheli through a tour of the “ocean moonscape”; the second,The Crystal Reef: Interactive, created by the Virtual Human Interaction Lab (or VHIL), permits the VR participant to use his or her arms to swim around a digital replica of the reefs of Ischia.

The public will be able to experience these projects at the Tribeca Festival Hub come April 14. Stay tuned for more news on these VR works and their creators here at TribecaFilm.com. 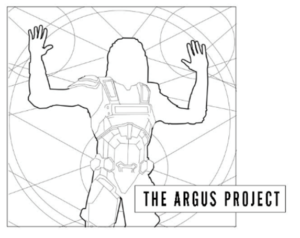