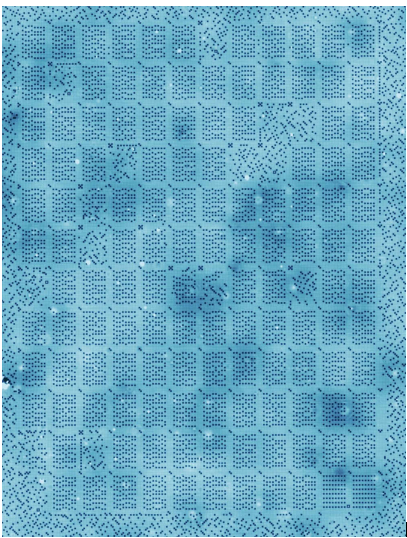 “You would need just the area of a postage stamp to write out all books ever written,” said study senior author Sander Otte, a physicist at the Delft University of Technology’s Kavli Institute of Nanoscience in the Netherlands.

In fact, the researchers estimated that if they created a cube 100 microns wide — about the same diameter as the average human hair — made of sheets of atomic memory separated from one another by 5 nanometers, or billionths of a meter, the cube could easily store the contents of the entire U.S. Library of Congress.

“Of course, these estimations are all a little silly, but in my opinion, they help to get an idea of how incredibly small this memory device really is,” Otte told Live Science.

As the world generates more data, researchers are seeking ways to store all of that information in as little space as possible. The new atomic memory devices that researchers developed can store more than 500 trillion bits of data per square inch (6.45 square centimeters) — about 500 times more data than the best commercial hard disk currently available, according to the scientists who created the new devices.

Computers represent data as 1s and 0s — binary digits known as bits that they express by flicking tiny, switch-like transistors either on or off. The new atomic memory device represents each bit as two possible locations on a copper surface; a chlorine atom can slide back and forth between these two positions, the researchers explained.

The bits are separated from one another by rows of other chlorine atoms. These rows could keep the bits in place for more than 40 hours, the scientists found. This system of packing atoms together is far more stable and reliable than atomic memory strategies that employ loose atoms, the researchers said. [How Big Is the Internet, Really?]

These atoms were organized into 127 blocks of 64 bits. Each block was labeled with a marker of holes. These markers are similar to the QR codesnow often used in ads and tickets. These markers can label the precise location of each block on the copper surface.

The markers can also label a block as damaged; perhaps this damage was caused by some contaminant or flaw in the copper surface — about 12 percent of blocks are not suitable for data storage because of such problems, according to the researchers. All in all, this orderly system of markers could help atomic memory scale up to very large sizes, even if the copper surface the data is encoded on is not entirely perfect, they said.

All in all, the scientists noted that this proof-of-principle device significantly outperforms current state-of-the-art hard drives in terms of storage capacity.

As impressive as creating atomic memory devices is, Otte said that for him, “The most important implication is not at all the data storage itself.”

Instead, for Otte, atomic memory simply demonstrates how well scientists can now engineer devices on the level of atoms. “I cannot, at this point, foresee where this will lead, but I am convinced that it will be much more exciting than just data storage,” Otte said.

The creation of atomic-scale machinery was first suggested in 1959 by Nobel laureate physicist Richard Feynman in a famous lecture dubbed “There’s Plenty of Room at the Bottom.” To honor Feynman, the researchers coded 160 words from Feynman’s lecture on an area 100 nanometers wide. [Mad Geniuses: 10 Odd Tales About Famous Scientists]

“Just stop and think for a moment how far we got as humans that we can now engineer things with this amazing level of precision, and wonder about the possibilities that it may give,” Otte said.

Still, the researchers cautioned that atomic memory will not record data in large-scale data centers anytime soon. Currently, these atomic memory devices only work in very clean vacuum environments where they cannot become contaminated, and require cooling by liquid nitrogen to supercold temperatures of minus 321 degrees Fahrenheit (minus 196 degrees Celsius, or 77 kelvins) to prevent the chlorine atoms from jittering around.

Still, such temperatures are “easier to obtain than you may think,” Otte said. “Many MRI scanners in hospitals are already kept at 4 kelvins (minus 452 degrees Fahrenheit, or minus 269 degrees Celsius) permanently, so it is not at all inconceivable that future storage facilities in data centers could be maintained at [liquid nitrogen temperatures].” 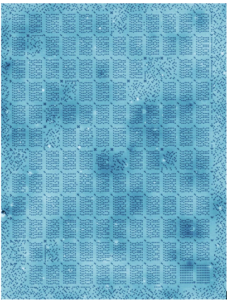