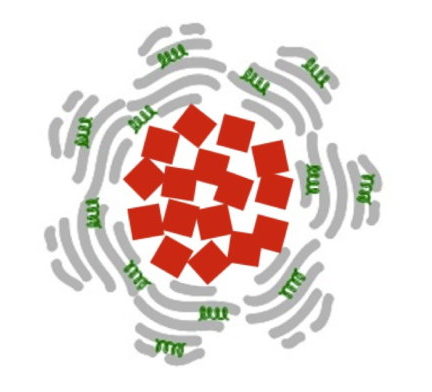 By loading magnetic nanoparticles with drugs and dressing them in biochemical camouflage, Houston Methodist researchers say they can destroy blood clots 100 to 1,000 times faster than a commonly used clot-busting technique.

The finding, reported in Advanced Functional Materials (early online), is based on experiments in human blood and mouse clotting models. If the drug delivery system performs similarly well in planned human clinical trials, it could mean a major step forward in the prevention of strokes, heart attacks, pulmonary embolisms, and other dire circumstances where clots — if not quickly busted — can cause severe tissue damage and death.

“We have designed the nanoparticles so that they trap themselves at the site of the clot, which means they can quickly deliver a burst of the commonly used clot-busting drug tPA where it is most needed,” said Paolo Decuzzi, Ph.D., the study’s co-principal investigator.

Decuzzi’s group coated iron oxide nanoparticles in albumin, a protein found naturally in blood. The albumin provides a sort of camouflage, giving the loaded nanoparticles time to reach their blood clot target before the body’s immune system recognizes the nanoparticles as invaders and attacks them. Iron oxide was chosen for the core because the researchers plan to use them for magnetic resonance imaging, remote guidance with external magnetic fields, and for further accelerating clot dissolution with localized magnetic heating.

The clot-busting drug loaded into the nanoparticles is tPA, tissue plasminogen activator, an enzyme that is also found naturally in blood at low concentrations. Typically, a small volume of concentrated tPA is injected into a stroke patient’s blood upstream of a confirmed or suspected clot. From there, some of the tPA reaches the clot, but much of it may cruise past or around the clot, potentially ending up anywhere in the circulatory system. tPA is typically used in emergency scenarios by health care staff, but it can be dangerous to patients who are prone to hemorrhage.

“Treating clots is a serious problem for all hospitals, and we take them very seriously as surgeons,” said cardiovascular surgeon and coauthor Alan Lumsden, M.D. “Although tPA and similar drugs can be very effective in rescuing our patients, the drug is broken down quickly in the blood, meaning we have to use more of it to achieve an effective clinical dose. Yet using more of the drug creates its own problems, increasing the risk of hemorrhage. If hemorrhage happens in the brain, it could be fatal.”

Lumsden, who is medical director of the Houston Methodist DeBakey Heart & Vascular Center, said the nanoparticles being developed in Decuzzi’s lab could solve both problems.

“The nanoparticle protects the drug from the body’s defenses, giving the tPA time to work,” he said. “But it also allows us to use less tPA, which could make hemorrhage less likely. We are excited to see if the technique works as phenomenally well for our patients as what we saw in these experiments.”

Decuzzi, Lumsden, and colleagues tested the effectiveness of tPA-loaded nanoparticles, using human tissue cultures to see where tPA landed and how long it took for the tPA to destroy fibrin-rich clots. In a series of in vivo experiments, the researchers introduced blood clots to a mouse model, injecting tPA-loaded nanoparticles into the bloodstream and using optical microscopy to follow the dissolution of the clots. In comparison to a control, the clots were destroyed about 100 times faster.

Although free tPA is usually injected at room temperature, a number of studies suggest tPA is most effective at higher temperatures (40 C or about 104 F). The same seems to be true for tPA delivered via Decuzzi’s iron oxide nanoparticles. By exposing the iron oxide nanoparticles to external, alternating magnetic fields, the researchers created friction and heat. Warmer tPA (42 C or about 108 F) was released faster and increased another 10 times (to 1,000) the rate of clot dissolution.

“We think it is possible to use a static magnetic field first to help guide the nanoparticles to the clot, then alternate the orientation of the field to increase the nanoparticles’ efficiency in dissolving clots,” Decuzzi said. Coauthor and Vascular Ultrasound Lab Medical Director Zsolt Garami, M.D., added, “By heating the clot, tPA worked better.”

Next steps in the research, Decuzzi said, will be testing the nanoparticles’ safety and effectiveness in other animal models, with the ultimate goal of human clinical trials. Decuzzi said his group will continue to examine the feasibility of using magnetic fields to guide and heat the nanoparticles.

“We are optimistic because the FDA has already approved the use of iron oxide as a contrast agent in MRIs,” Decuzzi said. “And we do not anticipate needing to use as much of the iron oxide at concentrations higher than what’s already been approved. The other chemical aspects of the nanoparticles are natural substances you already find in the bloodstream.” 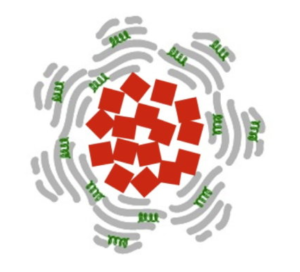