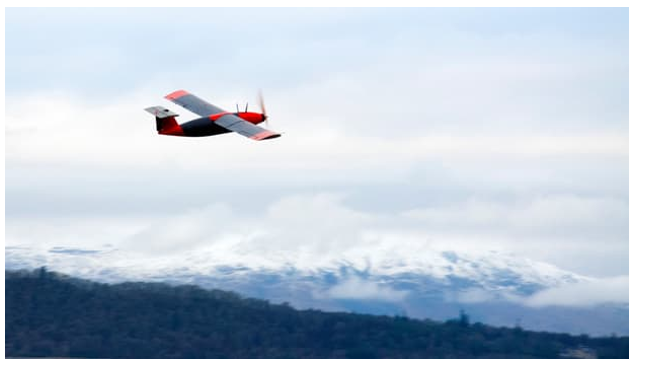 At first glance, hydrogen fuel cells sound like a great power source for fixed-wing drones making long flights – they have much longer run times than batteries, and they emit no emissions other than water vapor. Unfortunately, the hydrogen typically has to be stored in large heavy pressurized tanks. Last month, however, a Raptor E1 electric drone made a successful test flight running on a unique new system that’s actually lighter than the lithium-ion battery it replaced.

The flight was carried out on Jan. 19th at Scotland’s Oban Airport, by a team from the Scottish Association for Marine Science (SAMS). Although the flight only lasted 10 minutes with the drone cruising at an altitude of 80 m (262 ft), the fuel cell reportedly had enough fuel to fly for two hours.

That fuel took the form of approximately 100 small solid pellets contained within an unpressurized cartridge. Made by Britain’s Cella Energy, those pellets are composed of a proprietary chemical compound, and they steadily produce hydrogen gas when a small amount of heat is applied. The Arcola Energy-manufactured fuel cell converts that gas into electricity, which was used to power the drone’s motor.

According to Cella, the pellets (which measure 1 sq cm each) are stable during rough air travel, and at temperatures as warm as 50º C (122º F). Pressurized hydrogen, by contrast, must be stored at very low temperatures.

“This flight used a small prototype system and we were pleased with the initial flight, with another flight scheduled to take place in the near future,” says Cella’s Managing Director, Stephen Bennington. “The larger versions of this system that we are already designing will have three times the energy of a lithium-ion battery of the same weight.”

Ultimately, the technology may even be integrated into full-size passenger-carrying aircraft. 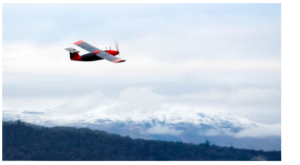