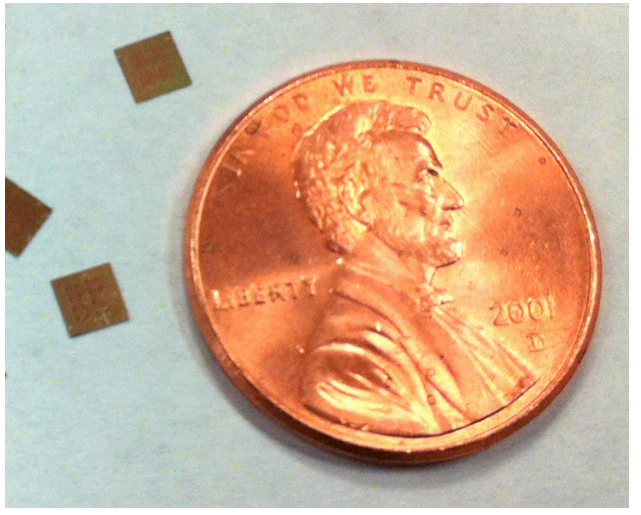 Call it the “X-ray vision” app: In several years, smartphones could come equipped with a microchip that lets users peer through boxes, walls and other objects. Rather than dangerous X-rays, however, the chip beams out waves in the harmless terahertz frequency, a little-used portion of the electromagnetic spectrum between microwaves and far-infrared.

Terahertz generators historically have been bulky, expensive affairs. But now Caltech researchers have succeeded in crafting terahertz-emitting silicon chips that are smaller than a dime using a standard, inexpensive electronics manufacturing technique. The researchers harnessed an array of tiny transistors operating in unison and designed the whole chip to act essentially as a terahertz antenna. “We took a holistic approach and combined generation and radiation in one place,” says Ali Hajimiri, co-developer of the chip and an electrical engineer at Caltech.

Terahertz waves, sometimes called T-rays, can penetrate fabrics, cardboard and skin but cannot pass as readily through harder, denser materials such as metal and bone. So T-rays encountering contraband handguns concealed within a container would bounce back to the microchips, which function as a dual transmitter and receiver. This “reflectance pattern” can then be rendered visually through software, allowing an inspector with a handheld device to “see” inside a box without opening it.

Besides security-related applications — and the privacy concerns that such technology might raise — everyday electronics could also make use of terahertz chips to enable all sorts of technical wizardry, much like the cameras, accelerometers and gyroscopes in today’s cell phones. “If you include this as yet another versatile sensor on your smartphone,” says Hajimiri, “you can develop a lot of different apps.” Examples include noninvasive cancer screening, ultrafast data transmission and, for gaming, refined motion-sensing and gesture recognition. 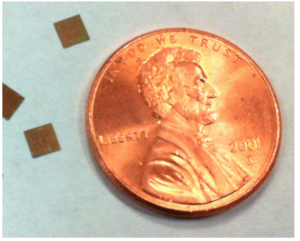