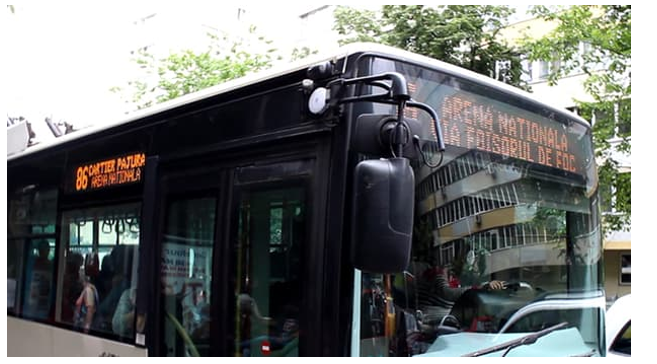 Romanian tech firm Onyx Beacon is teaming up with the local authorities in Bucharest to install 500 iBeacon devices on buses across the metropolis. It’s hoped that the new Smart Public Transport (SPT) initiative will make the city safer and more accessible for the estimated 12,000 visually impaired citizens who live there.

While many of us take the act of hopping on or off a bus for granted, for those with eyesight problems it can be both difficult and dangerous. Through the installation of the Enterprise Beacons – fitted to some 500 buses and trolleybuses – Onyx Beacon wants to make the city’s bus network accessible to all. There will be no charge to use the system.

The Smart Public Transport project frees visually impaired users from having to rely on a friend, passenger or transport official to tell them when their bus has turned up. It works via an accompanying smartphone app, which receives a ping from the iBeacon over Bluetooth as the bus arrives — the iBeacon tells the app the identity of the bus so passengers can check if it’s the one they’re waiting for.

Communications are managed by the Onyx Beacon CMS cloud platform where routes and individual beacons can be configured. Voice output on the phone tells a passenger when the right bus is around 50-60 meters (164-197 ft) away, and the beacon itself emits a beep if a passenger is waiting for it, helping him or her locate it in the station.

Partnering with Onyx Beacon in the scheme are the Tandem Association (representing the visually impaired people of Bucharest), the RATB (Bucharest’s public transport company) and the Vodafone Romania Foundation. The buses involved in the service cover all of the main public areas of the Romanian capital.

The application can also be used to plot routes across the city, so there’s no need to pore over timetables and route guides to get from one place to another – everything is handled on the phone. Onyx Beacon says that it’s the first large-scale technological solution in the world to help visually impaired passengers and to get past the trial stage (several other similar schemes have been tested on a small scale).

Development of the system began in January, and the first phase of deployment is scheduled to last until August, when it will become available to all. A team of volunteers has agreed to put the network through its paces, and their feedback is going to be used to help fine tune the scheme as it expands further during the rest of the year.

A specially enhanced iBeacon model was developed for use in the SPT project, one designed to be more durable and longer lasting than standard devices, and with a greater range. The small puck-shaped beacons only need replacing every four years, so it’s a very low-maintenance network. 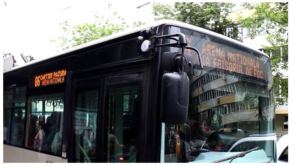