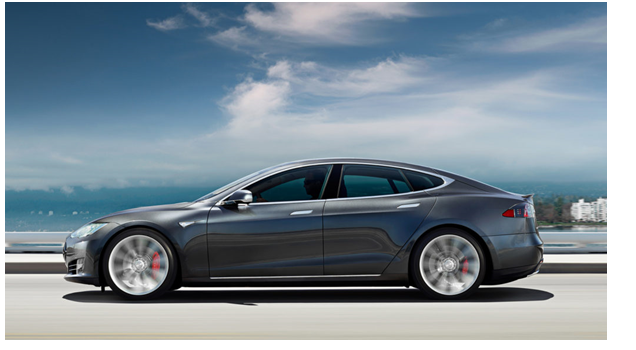 Oh, and sharing. Lots of sharing. Anyone will be able to use the Tesla app to add their self-driving Tesla to the wider Tesla fleet, Musk says. It will allow cash-poor wannabe Tesla owners the chance to take one for a spin while its real owner is, say, disrupting the Silicon Valley biotech venture capital ecosystem or whatever. Opening up a car to generate income might make Teslas more accessible to all, Musk argues.

But does anyone really want to share their own, personal car? Much less their Tesla? It’s a question more than a few automakers and car-adjacent firms are scrambling to answer.

Here now are two main of schools thought. The Tesla model: I own my car, you borrow it. The Uber and Lyft model: They own the car, you borrow it. Today, the latter feels more likely. This is how Musk himself put it just two years ago: “I think there will be some amount of car sharing for sure, but I think there’s like a limit to the whole sharing thing. There is an important role for sharing but it’s not—most things don’t get shared.”

Regular ride-hailing service users are already comfortable with hopping into strangers’ vehicles. Lending their own cars out to Internet randos? Not so much. But then again, not so not so much. A decade ago, people might have quailed at the idea of allowing strangers into their homes. Today, Airbnb has a $30 billion valuation.

Companies have experimented with lending out personal cars—with mixed results. San Francisco-based Turo, founded in 2010 as RelayRides, has an enthusiastic user base that has taken over 1 million trips in 2,700 cities in the US and Canada. Users—mostly travelers—rent local owners’ vehicles for about 30 percent less than traditional agencies, the company says. (Turo actually has a Tesla available in every major city it’s in.) But while Turo’s revenue has tripled year over year, the company says, Turo is not yet a name brand—much less a buzzword like Uber.

Carmakers are trying to get into the personal car-share act, too. Audi Unite, launched in late 2014, lets multiple people own a car—and its maintenance costs—at once. But it’s only available in Stockholm, Sweden. The company’s more recent American car-sharing trials don’t rely on “fractional ownership,” but have users rent from an existing Audi fleet. Ford launched its Credit Link program in Austin in January, partnering with three local dealerships to let up to six people share a single lease. To date, zero people have signed up. Oof. But an aggressive marketing push is imminent. “Whether it delivers a successful product, we’re doing it to learn,” says Lee Jelenic, the director of mobility at Ford Credit.

Which is all to say: No one has hit on the perfect personal car-share model. “It’s early,” says Susan Shaheen, a transportation researcher at UC Berkeley who studies car share business models. “Anything early typically goes through many evolutions.” Successfully convincing someone to share their car is all about context, she points out. Carmakers and companies will have to come up with specific plans for specific places and people. Even the biggest Tesla fan might not want to borrow a Tesla for every trip.

Bundle personal car-sharing with, say, ride-hailing and bike share services—a buy-one-get-three kind of deal—and the idea might get more palatable. “If you start to think about the coexistence of these modes on a seamless platform, that could be game-changing,” Shaheen says. In other words: Tesla needs a great and safe way to borrow that will make even the touchiest owners feel secure while their car zooms around without them.

So sharing your car? Needs a little work. Skepticism already surrounds Master Plan Part Deux, especially given Tesla’s history of pushing back deadlines. And plenty of folks have been thinking about this idea before Musk took pen to blog. But hey, if Musk can land a robot rocket on a robot boat, maybe he can crack personal car share. 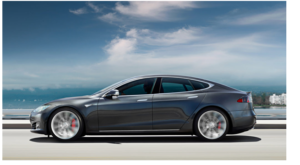 You Don’t Like Sharing Your Car. But Can Elon Musk Change Your Mind?