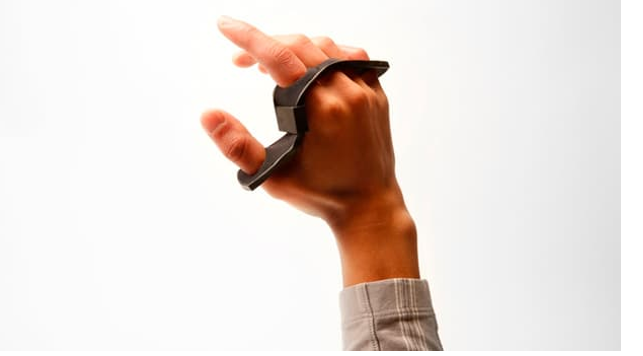 The decline of desktop computing and the proliferation of other devices that require text input mean that alternatives to the traditional keyboard are now needed. The Tap Strap wearable keyboard is one such alternative that works with Bluetooth devices and lets users tap on any surface to type.

Worn on the hand, the device is similar in concept to the AirMouse wearable mouse and the Gest gesture control glove. It is designed to produce more outputs than the former, though, and is more tailored for purpose than the latter. The startup manufacturer behind the device, Tap Systems, says it provides “fast, accurate and eyes-free” typing for iOS and Android phones and tablets, Mac and Windows PCs and smart TVs.

Once the strap has been donned and switched on, it can be paired with the device to be controlled, after which users can start typing immediately. Sensors embedded in the strap monitor the movement of the hand and fingers, with different fingers tapped in different combinations to type different characters. The Tap Strap’s inventor David Schick says this makes it “more discreet and accurate than voice input,” as well as “faster and more precise than gesture-based systems.”

The five vowels are typed by tapping one of the fingers or the thumb once, while tapping two or more digits together outputs other characters. Letters, punctuation, numbers and special characters can all be typed.

In order for users to learn the different combinations required, Tap has created an accompanying app called TapGenius. This provides tutorials for users in the form of musical and visual games. Tap says it typically takes users about an hour to learn to type using the app, which is initially available for iOS.

In addition to creating the Tap Strap for typing, Tap Systems says it is partnering with creative developers and select OEMs to find other uses for the device, and that it will be making a development kit available for people to extend its uses. The company sees gaming, augmented reality and and virtual reality as three potential areas for use.

There are large, medium and small versions of the Tap Strap. It is charged via micro USB and takes three hours to fully charge from empty. Once fully charged, it can be typed with for four hours or left on standby for 72 hours.

The Tap Strap is being made available to select beta users in the San Francisco Bay area to begin, and is expected to ship commercially before the end of this year. It will be priced at US$119. 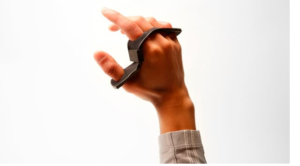