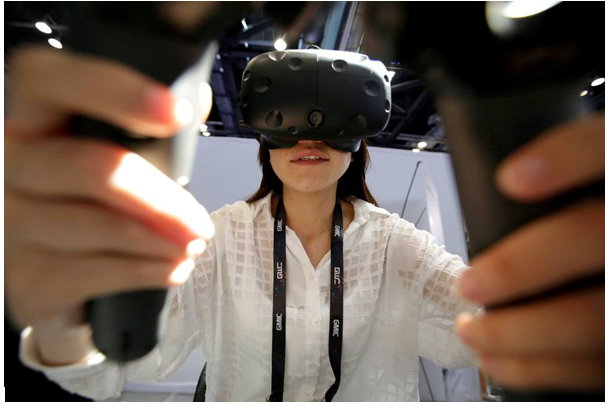 Makers of virtual-reality headsets think 2016 will be the year of VR. The experience “is radically different than any computing experience you’ve had before,” says Marc Metis, a vice president atHTC Corp., maker of the Vive headset.

This gap between expectations and reality means the VR hype train is about to crash into a wall. In my experience, VR demos can be very impressive. The problem is that most are just that—demos.As new, highly touted headsets arrive this year, how much content will be available, and how deep will these experiences be? The short answers: not much, and fairly shallow. The reason is simple, saysRené Pinnell, head of Kaleidoscope VR, a production studio that hosts an international VR film festival: “The dirty little secret about VR is that the hardware has run ahead of the content.”Virtual reality is so new that much of the content that will be available this year feels more like a demo than a full-fledged product. There are many reasons for this. For one, the business model is unclear, except for games, which can be sold through app stores such as Steam, Oculus Store and Google Play. Moreover, the paucity of content means it isn’t yet clear what works and what doesn’t. We have seen this before. Look at the early days of television. RCA, which pioneered the technology, created NBC, the first national broadcast television network. RCA couldn’t sell its televisions without content, and the content couldn’t be delivered without RCA’s devices, so RCA did both.Similarly, makers of VR hardware are priming the pump of VR content.In June 2015, Facebook Inc.’s Oculus, producer of the Rift headset, pledged $10 million to fund virtual-reality games. Last month, HTC promised $100 million to an “accelerator” program to create VR content and software.“In the early days of any new hardware, it’s incumbent on the hardware manufacturer to fund the creative community,” saysAnthony Batt, co-founder of VR production studio WEVR. HTC, Kaleidoscope VR and WEVR have, for example, financed a VR “music video.”Such collaborations are promising, but they are a sign virtual reality is still in its early days. WEVR, a startup with aspirations of becoming the “HBO of VR,” hasn’t yet decided how it will make money, Mr. Batt says.“I think we are undeniably in a hype cycle,” notes Mr. Pinnell, referring to the trajectory for new technologies described by the research firm Gartner Inc. In the hype cycle, a promising technology ascends to a peak of expectations, then descends into a “trough of disillusionment” after which it can achieve modest, sustained growth.If Mr. Pinnell and others are right, expectations for VR soon will crater, as consumers see the hefty price tags and limitations of the early hardware—especially offerings from HTC and Oculus that also require a personal computer.HTC’s Mr. Metis disagrees that users will be disappointed with the content available on the Vive, which launched last month. By offering developers Vive kits more than a year ago, he argues, HTC gave them ample time to create compelling games and other applications.A spokesperson for Facebook’s Oculus said that while its Rift headset initially is targeted at gamers, they should be amply supplied with a variety of content by year’s end. More than 70 games will come from independent developers, with almost all of them funded primarily by Oculus Studios.

My recent tests of VR content on leading headsets, courtesy of Mr. Pinnell, confirmed the astonishing long-term potential of VR. Some of the experiences literally left me wobbly in the knees. Irrational Exuberance, for the HTC Vive, puts you on the precarious edge of an asteroid floating in space, staring down at a vastness with nothing to prevent you falling into it, a trick that reliably induces vertigo in VR.

The key to these compelling VR experiences is what experts call “presence”—the illusion that you are somewhere else, instead of in a room with a computer attached to your face. It is a fragile illusion, aided by the ability to move through, and interact with, a scene, as you can most easily on HTC’s Vive.

Unfortunately, much nongame VR content, including so-called “360 video,” doesn’t support that illusion. Rather than feeling that you are in a place, experiencing an event, current 360 video tends to make you feel like your head is “in a fishbowl of video,” as Mr. Pinnell puts it. Such experiences make me fear that 360 video will be the next 3-D TV, something nobody asked for and few will use.

Presence is easier to achieve in games, because many offer full freedom of movement and interactivity. That makes me think hard-core gamers will be pleased with this first generation of VR hardware. They will be a minority, however.

The masses, especially those looking for experiences other than games, are likely to be disappointed. Mr. Pinnell thinks the disappointment will continue until 2018 or so, when the hardware will have further improved and there will be enough VR content for mainstream consumers.

The software is key. Without it, VR headsets aren’t good for much beyond gee-whiz demos.“I always tell people VR is exciting but it’s still early, and we have to let this creative process mature,” says Mr. Batt. He compares current VR hardware to the first iPhone, which seems apt. Consider the difference between that 2007 iPhone, before the App Store, and today’s model, which can summon a vehicle, or a meal, to your door at the touch of a button. In the case of VR, the evolution might be quicker. “Developers have seen this movie before” says Mr. Metis of HTC. “With mobile, people vastly underestimated the pace of that software ecosystem—and I think people have learned those lessons.” 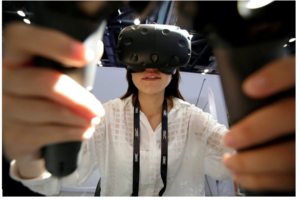