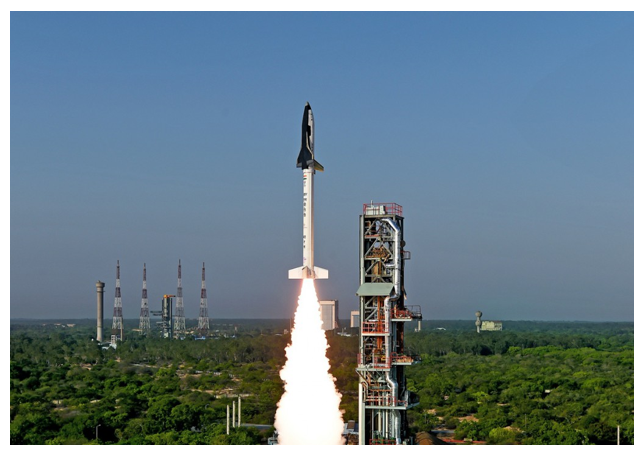 The Indian Space Research Organisation is entering the next generation of space travel.

The ISRO on Monday successfully launched its pint-sized Reusable Launch Vehicle (RLV-TD) prototype from the Satish Dhawan Space Centre in Sriharikota, according to an announcement from the space organization. The first test flight marks a milestone for ISRO, which started developing its concept for a reusable launch vehicle  nearly a decade ago.

The RLV-TD is just 23 feet tall, and weighs about 1.75 tons. For comparison, SpaceX’s Falcon 9 launch vehicle stands 224 feet upright, and weighs over 600 tons. But the RLV-TD was a deal: it cost ISRO just $14 million to develop.

During Monday’s roughly 12-minute test flight, the RLV-TD flew 45 miles above earth — first getting a boost from a 9-ton solid booster — before re-entering the atmosphere at nearly five times the speed of sound. The craft’s automatic guidance systems steered the vehicle to a splashdown landing in the Bay of Bengal.

The launch was the first of four experimental flights that will incrementally test the RLV’s capabilities and allow ISRO engineers to gather plenty of data. The RLV-TD prototype launched Monday is six times smaller than the final version, which is expected to launch within a decade.

Some 600 ISRO scientists have poured sweat and blood into the RLV-TD mission, and the first test was long overdue. Monday’s flight was originallyplanned for 2009, but the date continued to slip as testing facilities came online, and officials changed ISRO’s mission priorities.

India now joins the growing list of companies and nations working to reduce the cost of space travel and shipping by phasing out single-use spacecraft. With its first RLV-TD test, ISRO hopes to someday rub shoulders with the likes of SpaceX and Blue Origins — both companies have launched and landed their versions of reusable launch vehicles.

Agencies in Europe, Japan and Russia are also developing reusable spacecraft, and the technology is expected to yield a tenfold reduction in the cost of sending things, and people, into space. 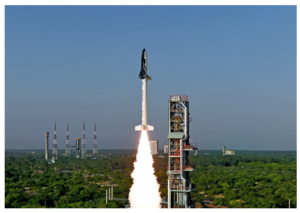